Google Chrome script to clean up the UI of Pinboard.in

Pinboard.in is a great minimalist bookmarking service.  I moved to Pinboard at the start of the year and have never looked back to Delicious.

One issue i have with pinboard though is that in the bookmark listing, minimal though it is is still to bulky and padded out.

I’ve uploaded to userscripts.org a Chrome user script / Firefox greasemonkey script to clean up the UI of Pinboard.in

Removed sections of the Pinboard UI 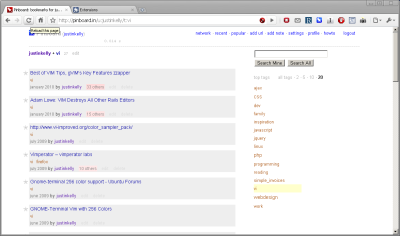 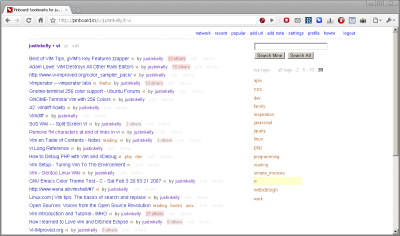 You need to install Greasemonkey: https://addons.mozilla.org/en-US/firefox/addon/748 Then restart Firefox and click http://userscripts.org/scripts/source/75422.user.js

Just click http://userscripts.org/scripts/source/75422.user.js  and chrome will install it as en extension